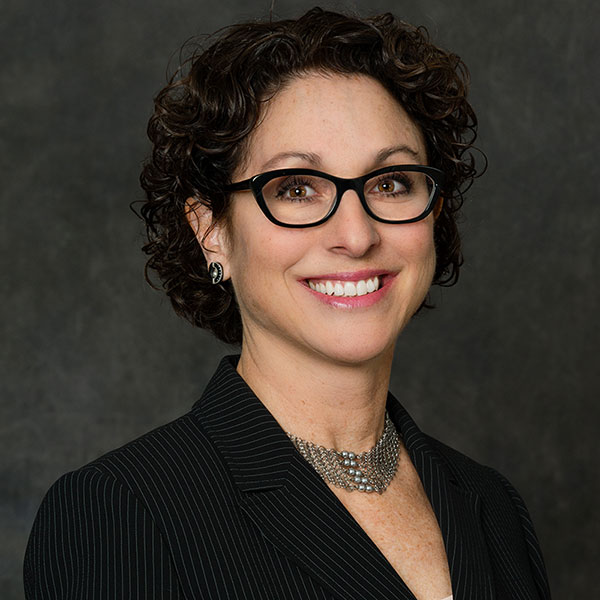 "Diane is a tireless advocate for her clients. Her attention to detail and work ethic are extraordinary. She treats every case as if she were working for a family member. She is a skilled trial lawyer that has earned her peers' respect and admiration. I would highly recommend Diane to anyone in search of an outstanding lawyer who is looking for results."

For Diane Silverberg, litigation is the perfect marriage of the things she has always enjoyed – information-gathering and rhetoric, coupled with the challenges of formulating a winning strategy for her clients and determining the best forum for successful dispute resolution.

Diane concentrates her practice in matters of complex business and real estate litigation and appeals, with an emphasis on community associations. With over thirty years of litigation and appellate experience, she is able to evaluate the relative strengths and weaknesses of her clients’ cases thoroughly and efficiently, thereby helping them arrive at an early understanding of their legal options and likely outcomes, along with an estimated cost of representation through resolution.

Diane is a tireless advocate for her clients, yet strives to maintain civility in the litigation process, which has contributed to her earning a preeminent “AV” rating from the lawyer directory Martindale-Hubbell. Indeed, after Diane won a lengthy jury trial, defeating claims for damages against her client in excess of $3 million and recovering nearly $500,000 in legal fees for her client, the judge went on record as saying that Diane “was a bargain at any price”.

In Spanish Court Two Condo. Ass’n v. Carlson, 2014 IL 115342 (2014), a case watched around the country, Diane argued to the Illinois Supreme Court that a condominium unit owner’s duty to pay assessments is independent of an association’s duty to repair and maintain the common elements. The Supreme Court agreed. Her oral argument before the Court was conducted on September 17, 2013 and can be found here.

In addition to handling cases from inception through trial and appeal, Diane enjoys mentoring attorneys, both at Kovitz Shifrin Nesbit and outside the firm. Her experience in this regard has included her serving as the final exam judge for a trial advocacy class at Loyola University Chicago School of Law and as a mediation judge for the 2014 Regional ABA Representation in Mediation Competition hosted by the ABA and The John Marshall Law School, Center for Advocacy and Dispute Resolution. Diane also serves as a mentor for the Women’s Bar Association of Illinois.

Diane was the proud recipient of a 2022 Award for Excellence in Pro Bono and Public Interest Service. Presented by the Judges of the United States District Court for the Northern District of Illinois and the Chicago Chapter of the Federal Bar Association, the award honors lawyers who have served the court and the community by providing pro bono representation and advocacy.

Diane joined Kovitz Shifrin Nesbit in 1997 and has practiced law since 1986.