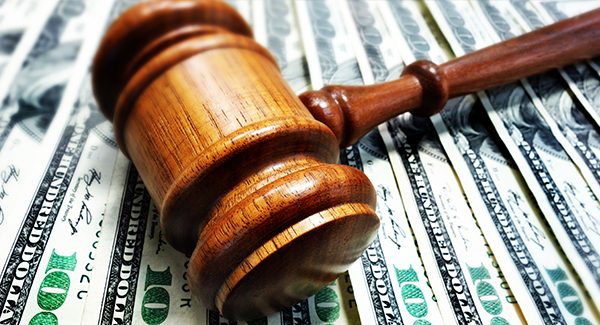 In a collection of orders entered at the end of March 2019, Cook County Circuit Court Judge Margaret Ann Brennan ruled on several motions for sanctions, ultimately awarding over $1 million in sanctions against a single unit owner and his attorney.  In so doing, Judge Brennan shone a spotlight on an all-too familiar phenomenon in the condominium-association setting: serial litigants.

Judge Brennan was assigned to handle a number of lawsuits that had been consolidated into one:  1618 Sheridan Rd. Condominium Association v. Marshall Spiegel, Case No. 15 L 10817, consolidated with Case Nos. 16 L 3564 and 15 CH 18825.   In ruling on the several motions for sanctions filed in the consolidated proceeding, Judge Brennan observed that the unit owner in question had filed over 60 lawsuits in Cook County and the Northern District of Illinois, alone.  Together with the assistance of his attorney, John Xydakis, Spiegel had filed lengthy and successive pleadings in the three consolidated matters, often not waiting for the Judge even to rule before submitting another amended pleading.  The range of claims that Mr. Spiegel sought to litigate – which grew with each amendment – ranged from purported theft and slander, to harassment and stalking, to fraud, falsification of affidavits, and ex parte communications, as well as for such picayune matters as empty water bottles left near his front door and the like.

Among the many findings the Court made in awarding sanctions against Spiegel and his counsel, Xydakis, were that they had:

Spiegel and Xydakis were ordered to pay the sanctions award of over $1 million by no later than May 1, 2019.

The “Spiegel” orders reflect observations similar to those voiced by former Circuit Court Judge Mary Ann Mason in her dissenting opinion in Boucher v. 111 East Chestnut Condominium Association.  There, now-Justice Mason remarked on the dysfunctionality that can occur in a condominium setting where a unit owner – despite his having voluntarily sworn to abide by the association’s “constitution” (declaration) upon becoming a member of the association – decides that the declaration simply does not apply to him.  She further observed that “were courts to referee internal disputes that arise in condominium associations, they would have time for little else” and that courts should thus be hesitant about recognizing “such spurious claims as they burden associations with costly litigation that must be borne by all unit owners.”

While it goes without saying that legitimate claims deserve all due consideration in an appropriate forum, Judge Brennan’s award of sanctions in 1618 Sheridan Rd. Condominium Association v. Spiegel properly should give unit owners inclined to put their hubris, entertainment, and ego ahead of an association’s common good, goals and financial health, ample reason to pause before proceeding with trumped-up claims.

This article is made available by the lawyer or law firm publisher for educational purposes only as well as to give you general information and a general understanding of the law, not to provide specific legal advice. By reading this article you understand that there is no attorney client relationship between you and the article author. This article should not be used as a substitute for competent legal advice from a licensed professional attorney in your state. © 2019 Kovitz Shifrin Nesbit, A Professional Corporation.