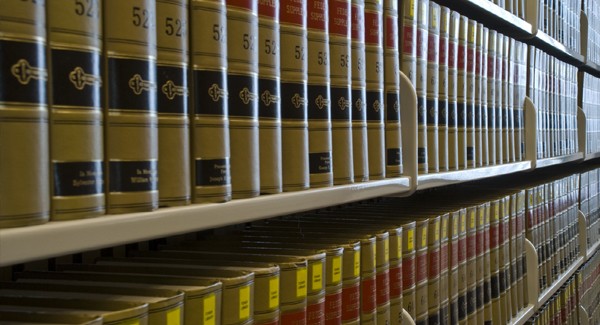 The Aftermath of Palm v. 2800 Lake Shore Drive: The Sky is Not Falling (Illinois)

As many of you may have heard, a recent Illinois Appellate Court decision has addressed a number of issues pertaining to how boards of managers of condominium associations conduct and discuss association business. Despite what you have heard to the contrary, the sky is not falling, and this case will not wreak havoc with day-to-day operation of your Association. There will, however, need to be some changes in business operations for those associations that do not currently comply with the law in areas raised by this case.

Since this case was published two weeks ago, our firm has spent considerable time reviewing the decision and the reasoning behind its holdings. It is important to note that this case was originally issued pursuant to Illinois Supreme Court Rule 23, however, the Rule 23 restriction has since been removed (edited May 2015).

The case reflects the views of a single, 3 judge panel of the First Appellate District which covers Cook County. Although future courts may choose to rely on the reasoning set forth in this opinion, it may not be cited as authority for future lawsuits or claims. Notably, the holdings in this case were arrived at based upon a particular set of facts in this case (coupled with the lack of a transcript from the original trial) and also partially based on the specific provisions of the Declaration of Condominium of this particular association. The comments articulated in this Order will not apply uniformly to all associations and there is no “one size fits all” approach to these issues. While there is no doubt that this is an important case with ramifications for all Illinois associations, it is important not to make assumptions that all decisions reached in this case will be followed in future decisions.

The following is a brief summary of the issues discussed in the Case.

Conducting Business in Closed Sessions: The court concluded that the phrase “conducting board business” in Section 2(w) of the Illinois Condominium Property Act (“Act”), defining a “board meeting”, encompasses discussions by a gathering of a quorum of the board, and includes activities by a board in workshops. According to the Court, not only must all board voting occur at meetings open to owners, so must all board discussion or consideration of association matters, except for discussion or consideration of the three specified exceptions set forth in Section 18(a)(9) of the Act (actual or probably litigation, appointment, employment or dismissal of an employee, or violations of rules and regulations or unpaid assessments). The Court concluded that notice must be provided for, and owners permitted to attend, any gathering of a quorum of the board where association business will be discussed, and all votes, including those on matters discussed or permitted in executive session, must be taken at meetings open to all owners.

Voting by Email and Canvassing of Board Members: The court found that email voting or written canvassing of board members in order to make decisions is not permitted under Section 18(a)(9) of the Act. The Court concluded that these decisions must be made at open portions of board meetings. The Court held that this impacts decisions as routine as whether or not to waive an association’s right of first refusal. No exceptions.

Board Vote on Litigation Matters: The court concluded that the decision to initiate or defend litigation is association business that must be voted on by a board at meetings of the board open to owners.

Transferring Surplus Association Income to Reserve: The court declared that the Board breached its fiduciary duty by transferring surplus income to the Association’s reserve account rather than crediting it against unit owners’ future assessments, as required by the Declaration.

Notice Procedures: The Court concluded that the Association’s Declaration in this case required that all meetings of the board be mailed to owners no later than 48 hours prior to such meeting. The association’s practice was to mail notice of board meetings to nonresident owners, but to deliver such notices to resident owners by leaving the notices in front of the unit owners’ doors. Here the court found that notices, based on the language in the Declaration had to be mailed to owners and not merely left at the owners’ doors. The Court found that the board breached its fiduciary duty in failing to mail all notices of board meetings.

What should your Board do in the aftermath of this decision?

As stated above, there is no “one size fits all” way to address the points raised in this decision. In most cases, a review of existing Association documents will help you decide what needs to be changed to assist you in avoiding similar claims to those raised in Palm. Some day-to-day operations may need to be adjusted, but we are confident that we can help your Association avoid any potential claims with minimal disruption to your overall structure.