KSN condo and HOA attorneys, landlord attorneys, property tax appeal attorneys, and litigation attorneys have written hundreds of articles and contributed to a variety of publications. 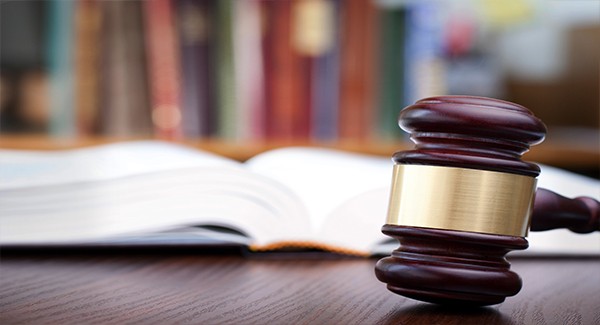 On June 15, 2018, the Illinois Appellate Court published their decision in the case of Boucher v. 111 East Chestnut Condominium Association.  This case has implications for condominium Association Boards as the issues relate to violation hearings and executive sessions, the records that a Board must maintain with respect to owner violations, and the first amendment rights of owners.

A brief summary of the case is as follows:  The Board of the 111 East Chestnut Condominium Association (“Association”) issued warnings and notices of violation to an owner, Michael Boucher, based largely upon his alleged repeated obnoxious and offensive communications towards both other owners and the Association’s manager. After a request from the owner, the Board conducted a hearing for the violations with the Board, Mr. Boucher, and Mr. Boucher’s attorney present. At the hearing, Mr. Boucher’s attorney requested to review all underlying evidence, information and/or documents relating to the allegations against his client. During the hearing, the Board videotaped the proceedings, and the attorney subsequently requested a copy of those tapes as well. The Board subsequently denied Mr. Boucher’s attorney’s requests for the documents and the video tape, and ultimately levied a $500.00 fine against Mr. Boucher. Mr. Boucher then filed suit against the Association and each of its Board Members.

There are three important components of the decision by the Illinois Appellate Court in this case.

First, the Appellate Court held that the hearing conducted by the Board with Mr. Boucher constituted a meeting of the Board, and even though it was a closed session, the Board still had a duty to maintain its own minutes of the meeting pursuant to Section 19 of the Illinois Condominium Property Act (“Act”). The Court then opined that despite the fact that the Act specifically authorizes the Board to handle hearings and other violation matters in closed session, they needed to produce copies of the minutes to any owner that requested them pursuant to Section 19 of the Act.

As a result of the decision, it is our strong recommendation that associations do not make any audio or visual recordings of closed session meetings, to include violation hearings. If recordings are made, based on the Boucher holding, you may be required to provide a copy of those tapes to the owners if they so request it.

Availability of Evidence to Be Used in Violation Hearing

Second, the Appellate Court decision also addressed the availability of records that must be provided to an owner in conjunction with a violation hearing. The Court held that the Board must provide the accused owner with any documentation related to violation. It is our opinion that the Board is only required to provide the documentation that the Board is intending to use at the hearing or will rely upon in making a determination in the violation hearing. However, please note that the accused owner or their attorney must make a request for such evidence, and there is no affirmative duty to provide them in the absence of a request.  This of course means that any witness complaint statements that are received from other owners or occupants in the Association may have to be provided to the accused owner.

Finally, the Appellate Court held that Unit Owners have a right to freedom of speech, and the Association’s rules and regulations cannot impair an owner’s right to exercise such rights, as confirmed by Section 18.4(h) of the Act. The appellate court held that an owner could not be fined for exercising his first amendment right of speech, when he berated and criticized the manager.  Accordingly, rules and regulations that may impair an owner’s right to exercise their First Amendment rights are not enforceable.

However, do note that the First Amendment does not protect all speech. Speech, whether written or oral, that is threatening in nature or causes any owner, employee, staff member, managing agent, or other person to fear for their safety is not protected by the First Amendment., and an owner  could be subject to a fine under an applicable rule or provision of the declaration for such speech.

Associations must be careful and consult with their attorney when addressing noxious and offensive behavior complaints, especially those involving speech, to ensure that the speech is not protected by the First Amendment and the ruling in the Boucher case.

As always, we are available should you have any additional questions or concerns regarding this case.  KSN would also like to note our office handled this case, we believe the court made errors, and we have filed a Petition For Leave To File An Appeal to the Illinois Supreme Court. We will provide updates if there are any further developments with respect to this evolving case.

This article is made available by the lawyer or law firm publisher for educational purposes only as well as to give you general information and a general understanding of the law, not to provide specific legal advice. By reading this article you understand that there is no attorney client relationship between you and the article author. This article should not be used as a substitute for competent legal advice from a licensed professional attorney in your state. © 2018 Kovitz Shifrin Nesbit, A Professional Corporation.