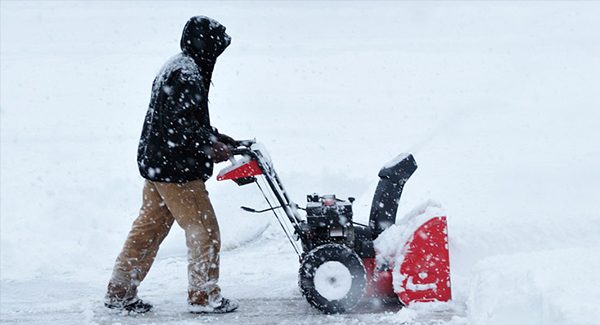 Decided by the Illinois Supreme Court on December 1, 2016, Murphy-Hylton v. Klein Creek Condominium et al. held that the immunity granted under the Illinois Snow and Ice Removal Act for the negligent removal of naturally accumulated snow and ice does not also provide immunity for injuries caused by ice arising due to circumstances unrelated to negligent snow and ice removal efforts, such as the negligent failure to maintain the premises.

In Murphy-Hylton, the plaintiff, an owner at the Klein Creek Condominiums, filed suit against her condominium association and management company. The plaintiff slipped and fell on ice on the sidewalk behind her building, eleven days after a snowfall in excess of twenty inches. She sustained fractures to her leg, knee and hip. A snow removal and landscaping service had cleared the snow and ice from the sidewalks of the premises on the day of the snowfall. The plaintiff slipped on a patch of ice allegedly caused by a defect in the design and maintenance of the premises. Specifically, water would run off from the downspouts affixed to the building onto the grass. The grading of the sidewalk was lower than the grass, causing the water to trickle down from the grass and pool on the sidewalk, where it would freeze and form patches of ice.

Plaintiff’s theory of liability was not that the Association negligently removed a natural accumulation of snow and ice. Rather, the plaintiff claimed that 1). ice formed on the sidewalk in an unnatural way due to a defective condition on the property and that 2). the defendants were negligent by failing to make reasonable efforts to maintain the property to eliminate the danger after reasonable notice that water had previously pooled and formed ice on the sidewalk.

The Supreme Court’s holding in this case clarifies a split of authority in the Appellate Courts and narrows the scope of the immunity granted by the Snow and Ice Removal Act. The Court stated that the Act provides immunity to residential property owners from claims of liability caused by icy sidewalks which result from negligent snow and ice removal efforts, “but it does not extend to immunize them from claims of liability from injuries allegedly caused by icy sidewalks which result from an otherwise negligent failure to maintain the premises.”  Under this case, an Association may still claim immunity for the negligent performance of snow and ice removal, but may not be immune from claims for injuries caused by defective maintenance of the premises, such as allowing water and ice to pool and form on the sidewalk.

Kovitz Shifrin Nesbit is available to assist you in determining the impact of this case on your association. Contact KSN at 847-537-0500 or visit our website at www.ksnlaw.com.

This article is made available by the lawyer or law firm publisher for educational purposes only as well as to give you general information and a general understanding of the law, not to provide specific legal advice. By reading this article you understand that there is no attorney client relationship between you and the article author. This article should not be used as a substitute for competent legal advice from a licensed professional attorney in your state. © 2017 Kovitz Shifrin Nesbit, A Professional Corporation.