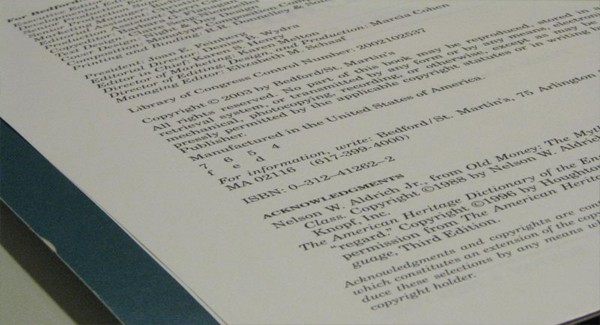 Nailing Down Contracts: The Legalities of Maintenance Agreements

Samuel Godwyn once said, “A verbal contract isn’t worth the paper it’s written on.” In dealing with maintenance contracts, it would be appropriate to say: one-page contracts are barely worth the paper they’re written on, at least from an association’s point of view.

Association attorneys frequently receive calls from managers or board members having problems with a contractor, requesting assistance in canceling their contract. Unfortunately, the contract is often little more than a one-page bid sheet stating that “the contractor agrees to excavate and association agrees to pay X dollars for same.” Upon closer examination, it turns out that:

“Getting out” of such contracts is difficult at the best since the method for doing so is not set forth in the contract itself. Because every project is different, each requires a separately negotiated contract, in which the association addresses each contractual issue. Clarifying the rights and responsibilities of all parties to the contract prevents many disputes from occurring, and simplifies the resolution of those that do.

Too often, associations assume that the contractor’s proposal or quotation is non-negotiable. An attorney I once worked with prepared contracts daily. Each was different, but he always stamped “Standard Contract” at the top of the documents—and most recipients believed that expression. The attorney had discovered that people don’t challenge terms and conditions labeled “standard,” when in fact nearly everything in a contract is negotiable. An association has good reason to suspect the qualifications of a contractor who refuses to accept a reasonable agreement specifying his duties.

The focus of this article is ongoing maintenance contracts such as those dealing with landscaping, snowplowing, or general building maintenance, rather than major repair projects that require the use of a licensed architect or engineer. Although the basic contractual considerations are the same, such projects require extensive specifications and documentation, and may also require performance bonds. They should never be undertaken without the assistance of qualified professionals.

An association can negotiate ongoing maintenance contracts if it remembers a few simple principles. The first is contrary to popular practice: don’t start by soliciting bids. Instead, prepare a list, or bid sheet, of what is specifically required from bidders. Include anticipated needs for overtime or extra work, and if insurance is necessary, state what type and how much insurance must be carried. These bid sheets help contractors estimate their costs more accurately, and prevent “lowballing,” a practice which all too frequently leads to disputes about extra charges. A wise approach is to prepare the contract in advance of bidding so that all bidders know precisely what is expected of them.

A second principle is always to check the association’s governing documents for limits or conditions on authority to enter into the contract. In preparing the contract, it is essential that certain areas are covered, including the following:

The identity and legal status of all parties to the agreement must be clear. There should be a statement setting forth whether the contractor is independent or an employee of the association, and whether the association is incorporated under state law. The legal status of the contractor—sole proprietor, partnership, or corporation—also needs to be indicated, along with a provision stating that the manager or board member signing the agreement is doing so in a representative capacity and is not personally liable for compliance with the contract terms.

SPECIFICATIONS AND SCOPE OF SERVICES

The nature of the work to be performed and the manner in which it is to be completed needs to be clearly delineated in the agreement. Specific considerations include:
•The particular type and quality of materials to be used by the contractor.
•In what instances must prior approval be given by the association before commencing work.
•The association’s rights with respect to inspection of work done by the contractor.
•In the event changes are requested in the work, what the contractor’s compensation will be.
•Which party is responsible for the cost of materials.
•The times and places the work is to be performed.

The key element in setting forth the scope of the work is to ensure that the language of the agreement is broad enough to cover unanticipated situations.

Important areas to be covered in the payment section include:
•The manner and time frame in which the contractor will be paid.
•Whether the association may withhold payment if work is not completed or is not done in accordance with the specifications.
•How overtime or extra charges will be handled.

The agreement should include a clear statement that all work and materials provided or performed by the contractor (or subcontractors) are to be free and clear of all liens. Depending on the law of the state where the association is located, a statement to the effect that no liens may be placed against the property may also be applicable.

That the contractor is responsible for following reasonable safety precautions while working at the association, as well as for following all applicable laws and association rules needs to be documented in the agreement.

The association must consider the consequences of the contractor’s failure to complete work in a timely manner. One possibility is to include a reduction in compensation for late work. If such a clause is included in the agreement, it must state specifically what conditions (natural disasters, strikes, etc.) will relieve the contractor from his obligations. The term “natural disaster” has different meanings in different parts of the country. For example, four inches of snow in February in Dallas would shut down the city, while the same condition in the same month in Minneapolis would probably not have material effect on most businesses.

Insurance is a crucial item, but is frequently and mistakenly omitted from maintenance agreements. Just as an individual would not want to be operated on by a doctor without insurance, associations will want to insist that contractors “operating” on the common areas be responsible for mistakes or damages they might cause.

All reputable contractors have insurance covering their own employees and should also have liability and property damage insurance protecting themselves and the association from any claims relating to work performed on behalf of the association. The necessary amount of insurance is dependent on the type and extent of work to be performed and is a matter to be discussed with the association’s insurance agent. Contractors need to be told what insurance will be required prior to bidding so that they can factor the cost into their bids.

Another important item in any maintenance agreement is indemnification, which can provide additional protection to an association with respect to claims arising out of an agreement.

Language specifying what constitutes a default, and whether the defaulting party is entitled to remedy the default, should be included in every agreement. A default occurs when the terms of the agreement have not been met. Regardless of what default and termination provisions are contained in the agreement, an association needs to make sure it retains the right to finish or repair the contractor’s work in the event of default, and to recover the costs of the additional repairs from the contractor.

“Boilerplate” is a term used to refer to certain standard, but important provisions found at the end of most agreements. The more significant boilerplate paragraphs usually state the following:
•All prior agreements between the parties are superseded.
•The agreement may only be changed by a written instrument which is signed by the parties.
•Which state’s laws will be used to construe the meaning of the agreement.
•Where notices required under the agreement are to be sent.

Every agreement should be signed and dated. This may seem obvious, nonetheless the proper legal names of parties need to be used, and the titles of the individuals signing the document need to be specified. For instance, if the association’s manager signs on behalf of the association, this should be reflected on the signature line. Similarly, those parties signing for the contractor should indicate their authority, be it as officer or agent.

When dealing with maintenance contracts it is imperative that nothing be taken for granted. By fully exploring and discussing the areas referred to above, an association will be sure to protect the interests of its members to the fullest extent. In addition, by clarifying the rights and duties of the parties, there will be fewer disputes over what is expected of each side. Thus through planning and consultation, the association’s attorney can prepare maintenance contracts that work to the benefit of both the contractor and the association.